I am in Ottawa lobbying all this week. This morning I lobbied Deputy Minister Shawn Tupper and Assistant Deputy Minister Greg Kenney of Public Safety and discussed the pitfalls of the government’s misguided handgun OIC freeze and Bill C-21.

A review of the handgun OIC and Bill C-21 reveals the following:

The formal reason given for the handgun OIC freeze and Bill C-21 by the government is to ‘keep Canadians from firearm harm.’

However, the associated regulations disingenuously conflate registered legal handguns with illegal handguns misused in violent crimes. There is no distinction made between the two classes. They are not the same and must be treated differently.

There is no mention of the number of illegal handguns being smuggled across the border because the government doesn’t know. We know that this contraband continues to flow across our border unabated and is misused in armed violent crimes every day.

There is no mention of the number of straw purchases occurring in Canada because they don’t have an accurate estimate. We know that these numbers vary from region to region and are generally low.

There is no mention of the number of handgun thefts from RPAL victims occurring in Canada. We know that these numbers are being collected by police, also vary from region to region and are generally low.

There is misinformation about legal handguns being stored in family homes. The government claims these legal handguns pose a deadly threat to a spouse and family members. However, empirical studies refute this claim and state that armed violence in domestic disputes is almost entirely perpetrated by known repeat offenders with a history of violent spousal abuse whom the police failed to disarm. The infamous Nova Scotia spree murderer is a prime example of state security forces failing to protect the public from a known armed and violent criminal.

There are unwarranted measures being instituted in the regulations that are based on unproven conjecture, exclusive and fake public consultations and group consensus, and unscientific observational studies of disparate international gun control experiences.

There is no reference to any valid or reliable empirical studies that supports the regulatory measures being arbitrarily implemented. The measures are being justified as a democratic action to appease perceived public opinion which as we already know tends to be generally indifferent, ignorant or ill informed at best.

The regulations acknowledge specifically that law abiding, RCMP vetted male handgun owners are the primary focus of the new handgun control measures, not armed violent criminals, which confirms that this is a politically targeted, gender biased, civil disarmament action not a bone fife crime control action.

The said measures stated are all prefaced with double-speak qualifier words such as ‘may’ or ‘should’ reflects the government own lack of confidence in the measures and strongly suggests that these measures have not been empirically tested for efficacy in reducing armed violent crime. In other words, this is an another ill conceived political experiment that will likely not have the stated crime control affect just like all the rest of Canada’s failed gun controls.

The handgun OIC and Bill C-21 does not explain that the grandfathering measure of legal handguns results in automatic forfeiture of property without compensation upon the RPAL holders death. This is clearly a transgression against private property rights of all Canadians, infringes on Provincial estate law jurisdiction and is nothing more than overt state sanctioned theft.

There is no mention of the obvious unintended consequences of the blatant state interference in the legal retail handgun market. History clearly demonstrates that universal market prohibitions of politically targeted goods by the state creates a ‘black market’ to satisfy consumer demand. Organized crime expands corresponding to supply the demand and violent armed gang crime increases to protect illicit market territory. All handgun contraband smuggled into the country, home-made or 3D printed then becomes unregulated and untraceable.

The government is lying by omission when it excludes important facts germane to the discussion of gun control and is deliberately perpetuating a misconception that focusing Public Safety Policy on the gun, any gun, will keep Canadians safe from firearms harm. It does not. Evil will never be constrained by gun control law.

There are no sunset clauses or a requirements to formally review the efficacy of these measures in the future by the government. There are already many bad, dated, politicized, discriminatory and misguided laws and regulations festering on the legal books that do not serve the public interested or advance the notion of a just society. All such gun control laws need to be reviewed and tested and if found deficient or harmful, should be duly amended or repealed to maintain public faith in the rule of law, repair public distrust of the government and to restore justice for all. Otherwise, we will continue to witness the spectre of national disunity and the increasing polarization of Canada. 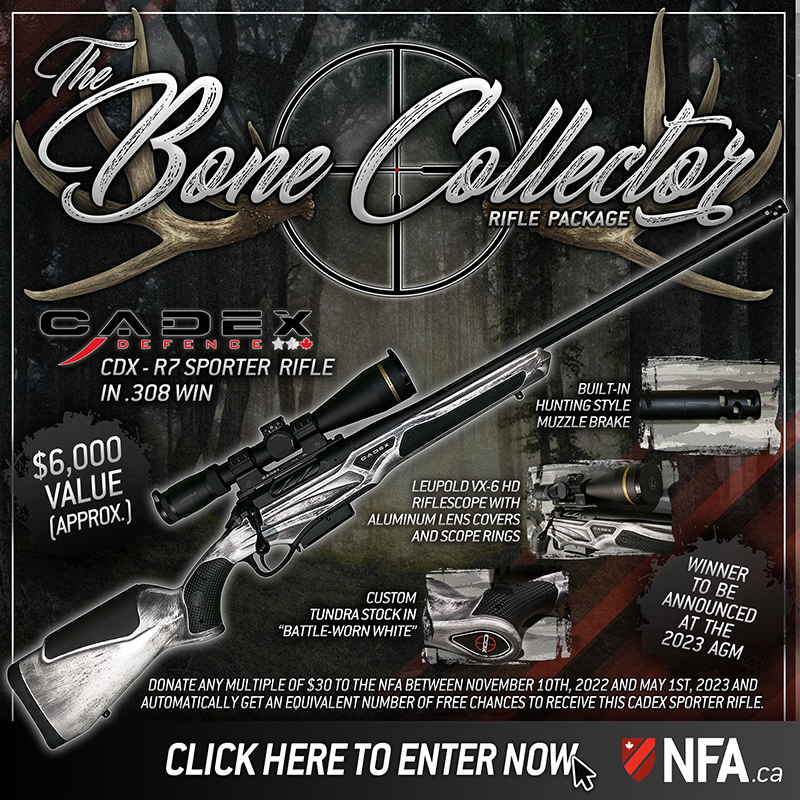