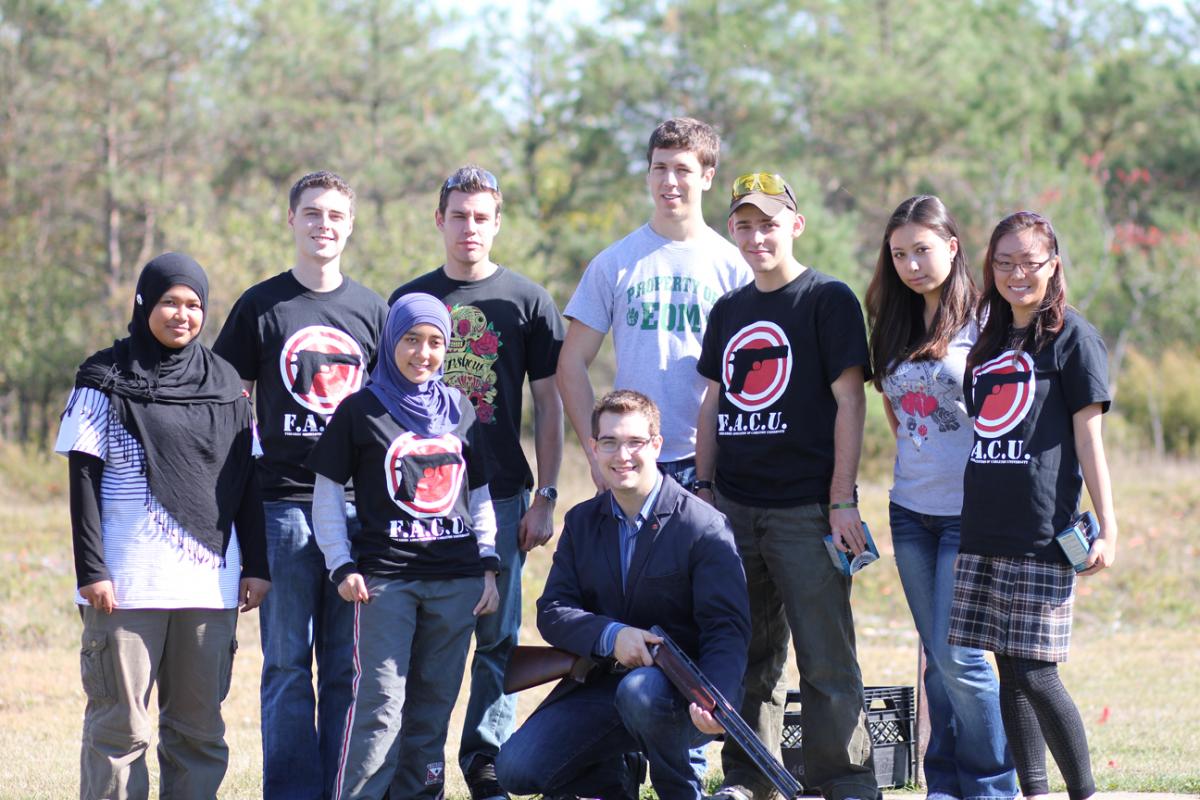 Brandon Wallingford, President of the new and widely popular Firearms Association of Carleton University (FACU) and also a CUSA Arts and Social Sciences Councillor commented: “I don’t believe CUSA has a right to discriminate against students who are interested in shooting sports. Shooting is a legitimate sport which is practiced at an Olympic level worldwide.”

Brandon, went on to explain: “FACU is a popular club and many students have had a great chance to try something new and even develop a lifelong hobby. We had not received any opposition to our existence to date and this is the first semblance of a complaint we have had.”

The proposed referendum question, worded: “Are you in favour of amending CUSA’s anti-discrimination on campus policy to include banning all groups that promote guns and gun violence?” is a proposed question to be voted on during the upcoming CUSA election in February.

Spencer Rolfe, FACU Director of Membership, is worried that the question is specifically targeting the club. “We have done nothing to deserve being discriminated against, our safety record is flawless and we have signed up over 125 new members in just the first term this year. Students are excited about learning how to shoot safely and CUSA shouldn’t take that chance away from them.”

Ashley Scorpio, FACU Director of Communication and CUSA Special Student Councillor explained: “We are a very diverse club with students from all walks of life. Our membership is also spread across many faculties. Not only are we a social and athletic club but we also help students get the certification they need for their future careers. This attack on our club comes as a complete surprise. It is shocking that Miss Norman and company would attempt to take these opportunities away from students.”

Patrick Champagne, FACU Director of Sporting and Head Coach of the Rifle Team stated that: “The promotion of safe handling and practice of firearms comes with great responsibility from trained individuals such as the executive that runs this club. My extensive experience with target shooting has given me the proper tools to sustain a highly controlled setting when events take place at a shooting range. There is a very clear distinction between the sport of target shooting and ‘the promotion of guns and gun violence’. We educate and introduce students to a sport that is internationally recognized as one of the safest and most prestigious sport in the world.”

Brandon Wallingford, said that his club would oppose this referendum adamantly when the next opportunity presented itself. “No one heard of any of these referendum questions before the council meeting. These proposed questions completely blindsided councillors and students alike. When CUSA executives purposely hide these kinds of motions to take Carleton students by surprise we know there is something seriously wrong with the way CUSA is working.”

Brandon went on to explain that the matter in which these referendum questions were put forward breaks CUSA’s own rules. “Section 8.2 of the CUSA Electoral Code says that a referendum can only be initiated after the Constitution and Policy Committee has reviewed the questions. Since council and council committees have not been allowed to meet over the fall term it is impossible that any of the referendum questions presented at this past meeting have met this requirement.”

Further questions regarding referendum question may be directed to Brandon Wallingford, President.