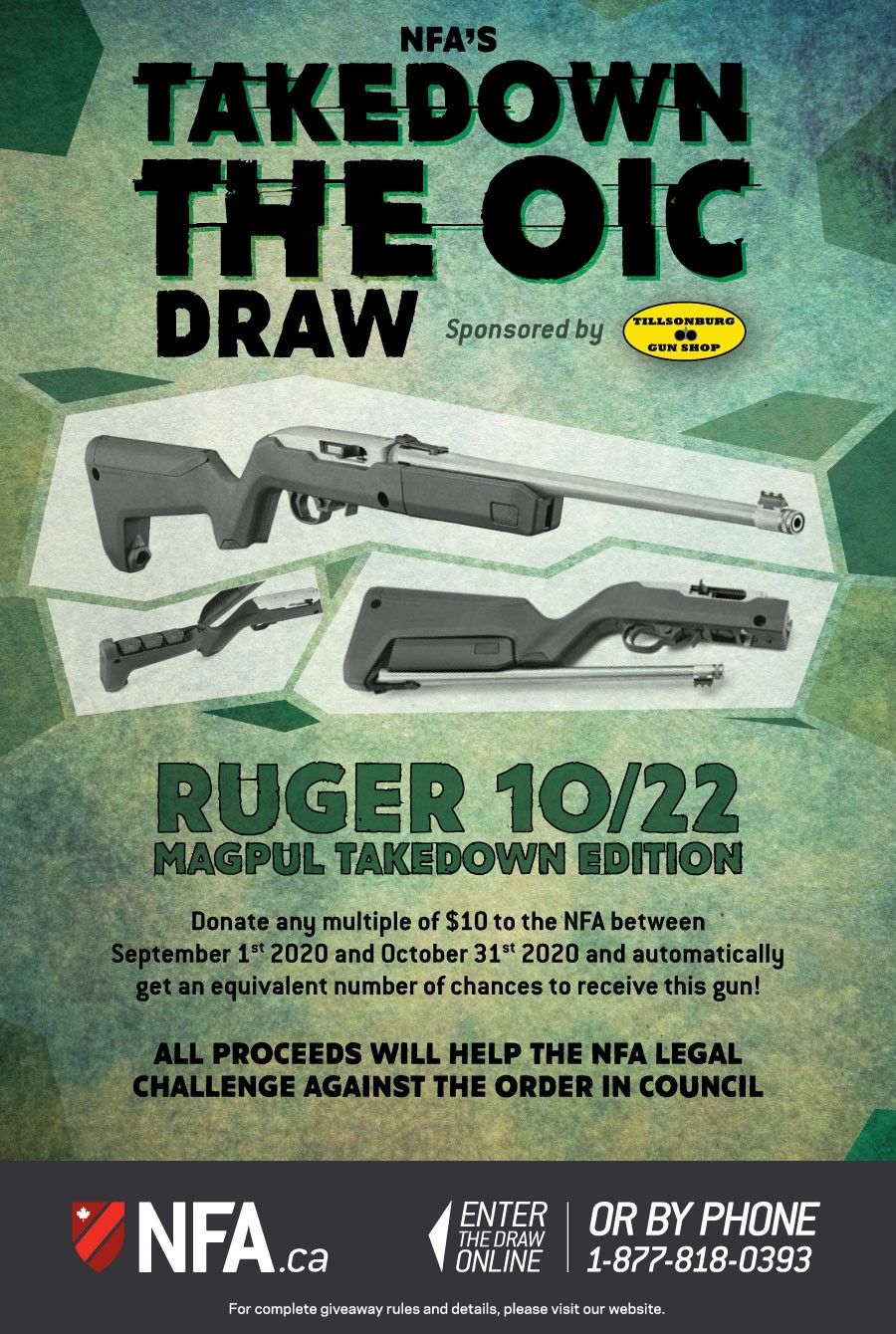 The Takedown the OIC Draw (the “Contest”) begins September 1, 2020 and ends on October 31, 2020 (the “Contest Period”). The deadline for receiving Contest entries is October 31, 2020 at 11:59 PM MST (the “Entry Deadline”). The Contest is sponsored by Canada’s National Firearms Association and Tillsonburg Gun Shop (the “Contest Sponsor”). No purchase is necessary to enter. Entry in the Contest constitutes acceptance of the terms, conditions and provisions set out below.

Each $10.00 donation made to Canada’s National Firearms Association will give you one opportunity to win.  There is no limit to the number of entries you may obtain by this method;

2.1 The Prize consists of the following: Ruger 10/22 Magpul Takedown Edition

2.6 The Prize must be accepted as awarded.  The Prize is not transferrable or convertible into cash.  No transfer, substitution or conversion of the Prize will be allowed.

4.6 The identity of the Contest Winner may be obtained by sending a self addressed stamped envelope, during the one year period commencing one month following the completion of the Contest Period to:

4.9 Persons found to be tampering with or abusing any aspect of the Contest, as determined in the sole discretion of the Contest Sponsor, will be disqualified.

(a) any cost, liability, expense, injury, damage or claim of any kind, arising in connection with the Contest or resulting from acceptance, possession or use of any Prize including, without limitation, personal injury, death, and property damage, and claims based on publicity rights, defamation, or invasion of privacy; or