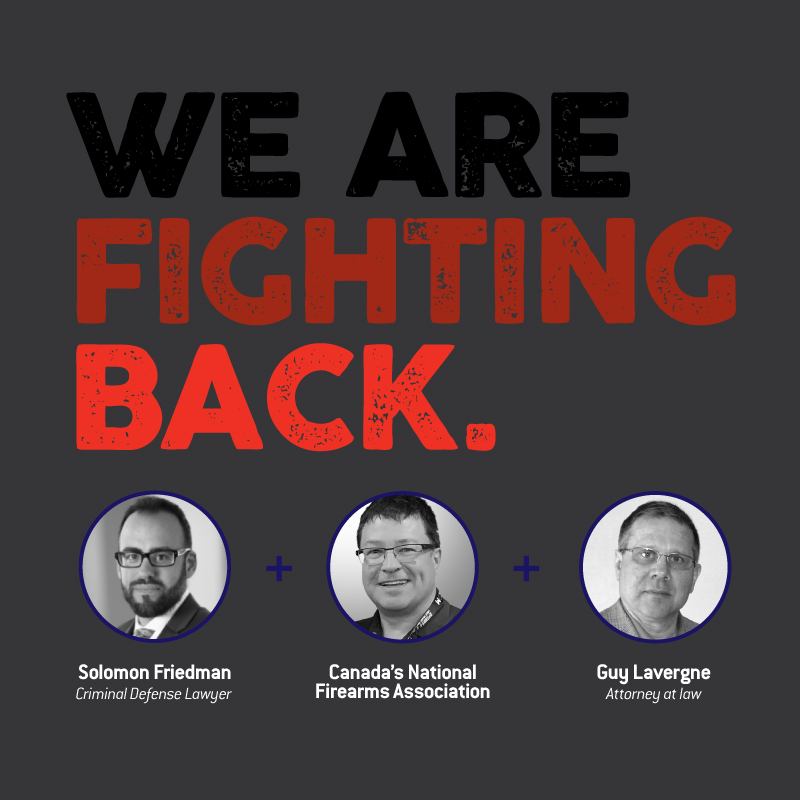 Ottawa-based lawyer Solomon Friedman announced May 6, 2020 that, within the next few days,  he will be filing an action in the Federal Court, seeking to invalidate the recent  Liberal minority government’s Order in Council, purporting  to prohibit over 1,500 models of firearms, including modern sporting firearms and those capable of firing projectiles with over 10,000 joules of energy at the muzzle, or with a bore size of over 20mm.

Speaking from Prince George, NFA President Sheldon Clare stated: “The NFA will both be joining this case as an Intervenor, and actively supporting Mr. Friedman’s efforts. Solomon Friedman is an excellent lawyer and acknowledged expert in firearms law. He literally wrote the book on the subject.  He has argued firearms cases at all levels of court in this country, including the Supreme Court of Canada. We are pleased to provide Mr. Friedman with our expertise in these matters, and we intend to support fundraising efforts in aid of his clients’ case and in aid of our own intervention.  We regard this case as raising serious issues around the use of the Order in Council power, and to that end we have retained the services of Guy Lavergne to intervene in support of Mr. Friedman and his client(s) and to present additional and complementary arguments that are in the interest of the entire Canadian law-abiding firearms owners community.”

“In our opinion,” Clare continued, “The fight against this Liberal ban will be successful.  We have examined the history and intended use of OiCs, and conducted extensive research on the claims made in an attempt by the government to rationalize their incredibly rash firearms ban.  We do not believe that their claims stand up to scrutiny.”

“We are also aware that another gun rights organization has expressed an intent to launch a Charter of Rights challenge of this OIC.  Our own efforts will not be a duplication of that initiative.  Rather, we are taking a different approach which, in our estimation, has a greater chance of being ultimately successful and beneficial to the firearms owner community.”

If you wish to support our efforts in this regard, contributions in support of this case may be remitted to NFA.ca   Solomon Friedman requests that the NFA be the collection point for donations to this case.